Very occasionally, I experience the almost surreal experience of being the person learning most from what I am teaching. The context in this particular instance: I was part of a team that was training people in a country hostile to the Gospel in how to identify the person of peace and start multiplying simple organic churches as a response to a major evangelistic meeting. Tens of thousands were giving their lives to the Lord at these times, and our training had two to three thousand attendees.

I found myself saying to these people, “It doesn’t matter how big the harvest is. God has already provided the buildings! He’s given us houses to meet in!”

Although here is the States we have plenty of buildings to meet in, a harvest of the size we all long for would swamp all our facilities. But God has provided the buildings here too. He’s provided our homes.

Of the three interchangeable words used to describe churches–house, simple and organic, for various reasons, house church is the one I like least. Here’s why. Firstly it implies that these groups only meet in houses whereas they can meet anywhere–restaurants, parking lots, college dorms–anywhere life happens. The second reason is that  for historical reasons, people associate the term “house church” with an insular,  inward looking group of people,, reacting against the establishment, and convinced that house church is the only Scriptural way to meet.

House church, however, is a Scriptural term used several times in the New Testament, for example, the church that meets in Aquila and Priscilla’s home  (Romans 16:4). Until Constantine made Christianity the official religion of the Roman Empire following the Edict of Milan in 313AD, the church, apart from a few short years right at the beginning of her existence, met in homes. Once Stephen’s martyrdom and the persecution of the church began, the only references which might be construed as having another venue are the Hall of Tyrannus in Ephesus where Paul held daily discussions (Acts 19:9), which he probably describes later when meeting with the Ephesian elders “I taught you publicly and from house to house” (Ephesians 20:20). Other than that, while Paul spoke often in synagogs or public places declaring the good news about Jesus, all references are to church meeting in homes.

The church began her journey meeting in homes. Could it be that she will end her journey the same way?

The metaphor of family is very helpful.

Family is neither a building nor an event. Healthy families will get together often, but it’s not the get-togethers that make them family. It’s the relationships. We are family, we don’t do family. Families share life together. Their interaction isn’t limited to Sunday lunch. They love each other, live life together, share one another’s burdens, care for one another, at times they will reprove one another and teach one another.

Sounds like the “one anothers” of the New Testament.

Similarly, church is relationships, but the difference between church and any other set of relationships is the presence of Jesus. As Robert Fitts says in Saturation Church Planting:

In the last series of posts we looked at how a legacy church might transition to a network of simple/organic churches. A less disruptive way might be for a legacy church to run a second track where only those who have vision for the change get involved in the new expression of church. Whichever way is chosen, there are some principles that the people involved need to internalize for the move to succeed. This next series of posts will look at what principles need to be stressed to accomplish this.

The word “church” is commonly used in three different ways.

While all of these three may be useful terms in that we know exactly what they mean, none of them is a Biblical use of the word (with the possible exception of the second one). In fact the third one, the denomination, may be actively anti-Biblical in that Paul told us not to divide from one another, “I am of Paul,” “I am of Apollos” (I Corinthians 1:12-13). 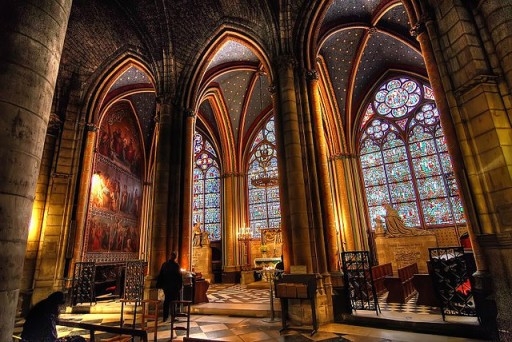 While most of us have come to the conclusion that church isn’t the building, we still tend to use it to describe the event, the meeting. “I go to church on Sunday morning.” Again this places limitations that aren’t there in the Scripture.

If this isn’t church, then what is? 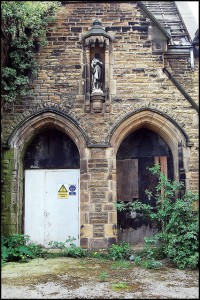 The way this country is trending, unless the Lord intervenes, it may not be long before the USA is a post-Christian nation. Only 4% of adults currently have a Biblical worldview as the basis of their decision-making. We are potentially only a generation away from being like many countries in Europe where the church is effectively irrelevant.

I've lived in a country that is post Christian. When we lived in the UK,  active Christians made up about 2% of the population. In the very poor area of London where we lived, less than 0.5% were in church on any given Sunday.

Recently, I've met with one of our medical school friends who has become a Christian (he describes himself as "the happy-clappy variety") since leaving medical school. One of his first comments to me was,  "Do you remember how all the rest of us used to ridicule and persecute the Christians?"

Persecution of Christians wasn't physical, but it was social/emotional. In the media, Christians are portrayed as weak-minded wimps. They are laughed at in institutes of higher learning. There is a definite cost to discipleship.

But this has some positive effects:

The church landscape in this country is changing.

Ecclesiology lies along a continuum. At one end churches are  traditional, structured and liturgical; at the other end they are simple, organic, and missional. Most lie somewhere in between. But a shift is occurring. Many churches are taking steps towards the organic, missional end of the spectrum. The Lord may not lead them to move completely to that end of the continuum, but the changes they are making appear more organic than traditional.

What is most important is that wherever we are along the continuum, our focus in on the King and his Kingdom.

What are the reasons for the shift?

The definition of insanity is to keep doing what we've always done and assume we'll get different results. If the church continues the way she has been for the last several decades, we'll find ourselves in  a post-Christian society.

Is God using this shift along the continuum to prepare us for what lies ahead? 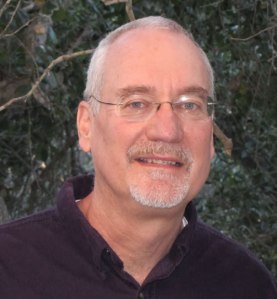 Roger and Brooks Thoman train and coach leaders in several developing countries, to multiply disciples and simple churches.  The poor are empowered as part of the process of disciplemaking assisted by strategic investments in projects that are pioneered and managed by national leaders.

Their ministry site can be found here, and Roger's blog, Simple Church Journal, is here.

A few days ago I received an email from Roger Thoman in response to some of the posts I'm writing on missions. His thoughts were so relevant I asked permission to use them as a guest post. Here they are:

Felicity, I love these posts on missions.  I definitely believe that the organic/simple church movement has the potential for transforming missions, and thus the world, because it supports planting the pure seed of the Gospel which has in it that transformative power and ability to naturally reproduce.  However, as you shared, there are many pitfall we have seen in missions and, unfortunately, many of these mistakes are easy to propagate even with those who have the ‘organic’ message.

You mentioned well the issue of exporting our native culture and our religious culture.  Though, with the organic message, we are not exporting our traditional buildings and church models, we still often export our western cultural norms and our Christian religious culture without realizing it.  You pointed this out when you spoke about the church of Nepalese needed to look like the Nepalese.

Here are some additional pitfalls that, unfortunately, I see all the time in the mission field.

I could go on but let me just say that I am more excited about God’s purposes in the world than ever before because of the organic/simple movement.  But we must realize that the potential is in the Word of God and the Spirit of God organically taking root allowing the church to take its own shape in the culture it’s planted in.  As outsiders in a given culture we must learn how to support what God is doing in others and truly serve the movements, along with the national leaders of those movements, that He is currently birthing throughout the world. 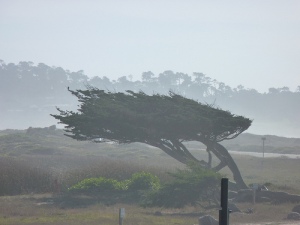 Recently, God has spoken very specifically to Tony and me from the book of Haggai. His prophecy, "I am with you, says the Lord" was enough to get the Israelites to resume the work of building the temple after a 20 year hiatus.

Those of us in organic/simple church believe that the simplest and most basic building block of the church comes from the verse, "For where two or three gather together as my followers, I am there among them." (Matthew 18:20) Jesus among us is church.

Theologically we hold to this truth, that Jesus is with us when we come together in his name.  But do we experience this as a reality?

So I've been asking God the question, "How do we recognize your presence in our midst?"

When Jesus and Nicodemus talked together about being born again, Jesus likened the Holy Spirit to the wind. You cannot see the wind; you just hear it.  If you look outside you can see the effects of a breeze on the trees.

Many people seek a personal sense of God's presence through spiritual feelings when they come together  But what the Lord seemed to say is that we will know he is present with us when we see the effects of his Holy Spirit being with us.

How do you know God's presence in your midst?